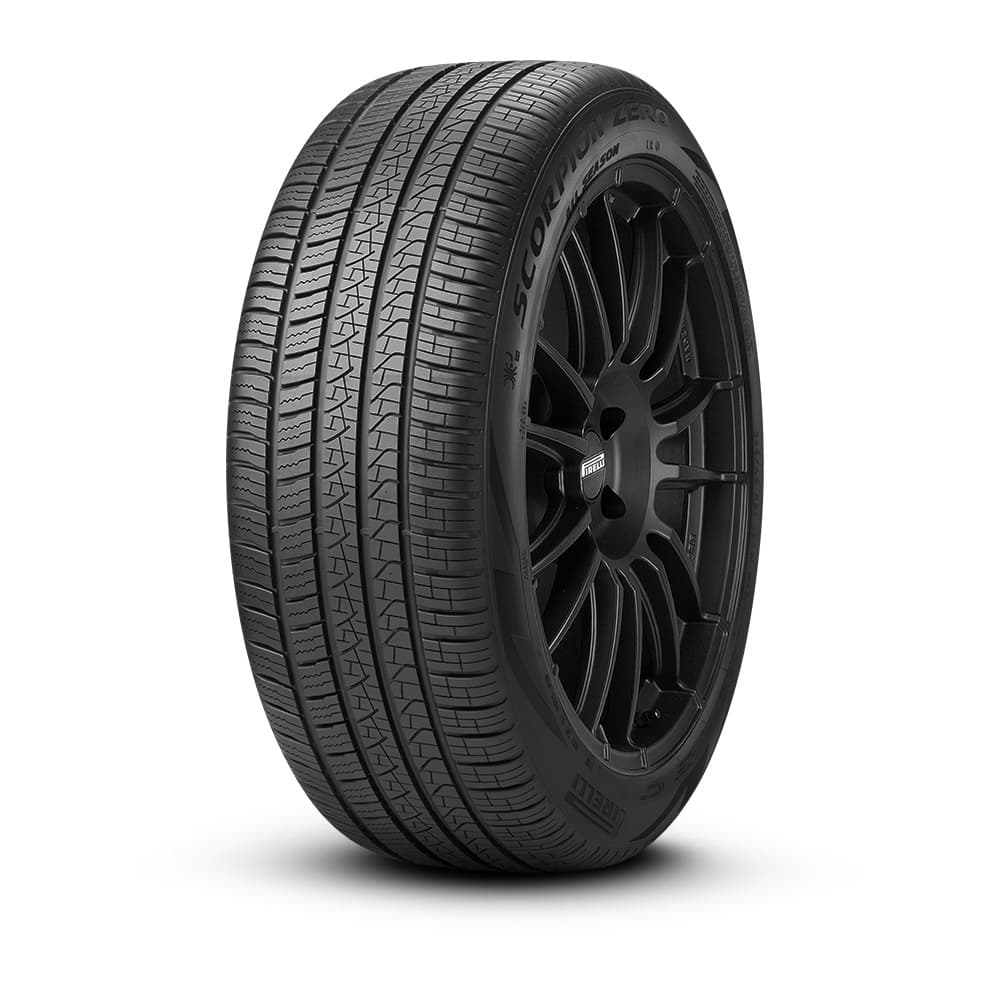 This review is for the Pirelli Scorpion Zero to help you decide if this tire is for you.

To learn more about this tire, we’ve taken a deep look into Pirelli’s manufacturer specifications. We also researched how the Pirelli Scorpion Zero performed in a variety of tests. Then, we collected that data and paired it against customer reviews to build a comprehensive view of this tire’s capabilities.

We follow this process to bring you the most accurate, objective and unbiased review possible.

Based on the research, data, and customer reviews that we’ve compiled and processed for this Pirelli Scorpion Zero review, we recommend these tires - but with caution.

User reviews reflected that most were unhappy with the tire overall, though the reasons ranged from treadwear to its noise. We see the tire performs quite well in many conditions, but it’s high price relative to its features don’t seem to please many users.

To find out how we reached our conclusion, read on for the full breakdown of the Pirelli Scorpion Zero tire.

We’ve organized the article and split it into three categories to give a clearer picture. The categories are:

Now, if you’re ready to find out if the Pirelli Scorpion Zero is for you, buckle your seatbelt, and let’s take a ride!

The Pirelli Scorpion Zero tire is designed as an all-weather / all-season tire for your truck or SUV. Pirelli has focused on dry performance and comfort with the Zero.

Pirelli is known as the leading tire manufacturer for speed, comfort, and handling of cars, bikes, and trucks, and they have the price to match it. The Pirelli Scorpion Zero’s price range leans towards low to average (around $200 per tire). However, that price tag comes with Pirelli’s performance quality.

The Pirelli Scorpion Zero was not a successor to any other tire but has impressive test results for a debut model on the pavement. It is important to note that the Scorpion Zero is not a snow tire, so if you plan to drive heavily in Winter conditions, you may want to consider a designated Winter tire set for those cold and slippery months.

Now let’s dive into a deeper breakdown of the Pirelli Scorpion Zero tires, and evaluate them based on their three main categories.

The Pirelli Scorpion Zero tire is impressive in a few ways for being an all-season truck tire. The tires are designed for all-year grip in every condition, including a dusting of snow.

The manufacturer focused on handling light-truck drivers who drive in a variety of weathers. In corners, the tires hold and offer a secure feeling while behind the wheel.

This is where a tire shows its true colors, and the Pirelli Scorpion Zero did excellently, scoring well in hydroplaning resistance, as well as wet tracking.

The tire’s wide lateral grooves and broad circumferential grooves move standing water away from the traction area and help the tire keep a solid footprint with the pavement.

According to tests performed by TireRack.com, the Scorpion Zero struggled to stop in wet road conditions and didn’t have as much grip as they would have liked to see.

However, according to customer reviews, the tires performed well in the wet, from handling to braking.

The Pirelli Scorpion Zero excelled in dry weather. It did best in cornering stability, dry traction, and steering response with its radial tread compound which is shaped into Z-patterned (one or two depending on which size tire your vehicle requires) tread blocks. These treads improve response, steering, turns and stopping.

Customers reported that they were not impressed with the performance of the tire in dry conditions and several recommended looking at other options.

The real test for an all-season tire: snow. With Pirelli’s Z-shaped tread pattern and Lateral grooves / wide circumferential grooves, the tire is intended to perform well in the snow as well, at least get you safely through a light amount of it.

Customer reviews were surprising here, reporting that the tires were impressive in the snow.

Some customers who were unhappy with the tire overall praised the Scorpion Zero’s handling and braking in the snow. With that said, it’s important to remember that this is not a Winter tire, and if you plan to have heavy snow and ice over the Winter season, you’ll want a dedicated snow tire for that not only performance but safety as well.

Handling on the Pirelli Scorpion Zero offered no problems. With its decent construction, and Z-shaped tread block pattern, the Zero handled well overall, better than its two competitors according to TireRack.com (they tested the Zero against the Firestone Destination ST and the Kumho Ecsta STX KL12).

Some customer reviews noted that the handling did not noticeably change from low to high speeds, but did change significantly as the tires aged.

Pirelli hasn’t designed any specific noise-canceling technology for the Scorpion Zero, though there does seem to be a need for it. According to TireRack.com’s noise tests, it scored below average in this category.

Customers reported that the tires began to sound like large truck tires and developed a whine.

According to tests, the Pirelli Scorpion Zero offers a smooth and comfortable ride in a variety of weathers. The tire’s tread block compound and various grooves create a driving experience not to be sneered at.

User reviews showed that the drive comfortability was noticeable, yet wore quickly as the tire aged.

Pirelli attempted to design a well-performing all-season tire for trucks and SUVs, the only problem was the same problem common with most all-season tires in its class: longevity.

Customers claimed the tires only lasted between 20k and 30k before becoming unusable.

Though Pirelli typically means more money out of pocket, you’re paying for quality in a few sectors that may matter to your driving style.

There are cheaper and more expensive tire options out there that we will get into in the next section, what it comes down to is your needs.

The Pirelli Scorpion Zero stands out in its performance, though it could improve in its dry traction. And while it is on the pricier side, its overall comfort makes it worth the expense.

Based on the research, data, and customer reviews that we’ve compiled and processed for this Pirelli Scorpion Zero review, we recommend these tires.

User reviews reflected that most were unhappy with the tire overall, though the reasons ranged from treadwear to its noise.

The Pirelli Scorpion Zeros deliver in handling and comfort. They’re stable and responsive in many kinds of weather from dry to moderate snow. We think the Scorpion Zero would be a good tire for your all-season needs and hope you enjoyed the review. Happy driving!