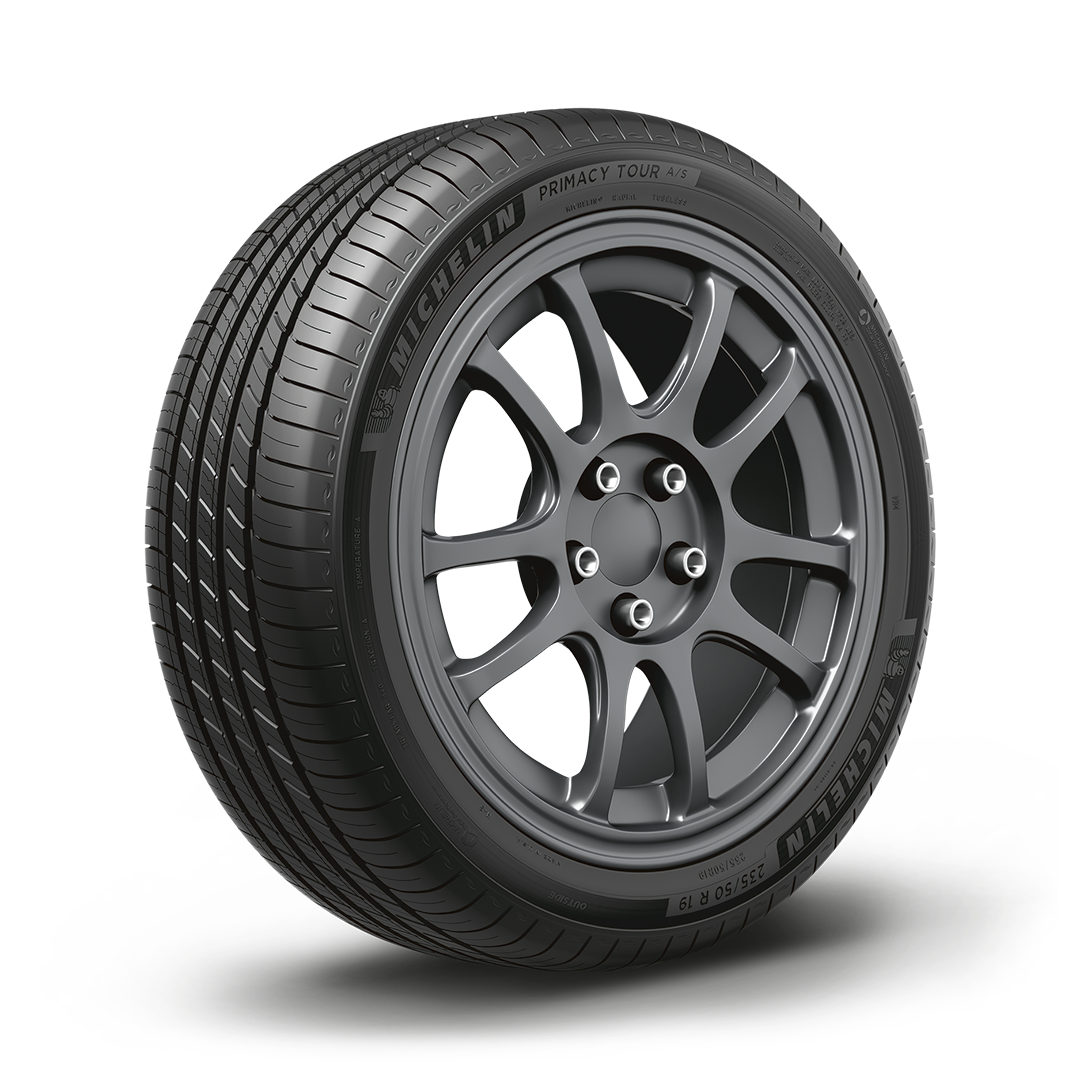 This is a review of Primacy Tour A/S from Michelin.

It entails valuable information about the Michelin Primacy Tour A/S. All information contained in this review is accurate and unbiased as we have carefully researched the manufacturer’s stat, users review, and experts’ opinions to put this together. We hope it’s helpful in your next tire purchase.

The Primacy Tour A/S is an ideal choice for drivers looking for a smooth, comfortable, and quiet ride without compromising traction. The tires provide confidence and make you feel like a road king.  It is built for family Sedans, Coupes, SUVs, and Crossovers. It can be driven on highways and occasionally on offroad packs. However, performance reduces as tires wear down.

So in this Michelin Primacy Tour A/S review, we will analyze the tire’s all-season performance. This includes its grip, traction, handling, and noise level. You’ll also learn about the price, available sizes, durability, and vehicles it is built for.

So keep reading as we unveil more about the Primacy Tour A/S from Michelin.

The Primacy Tour A/S is Michelin’s powerful touring all-season tire; an improvement to its predecessor –the MXV4. And sits at number 9 among 57 in its category. It rides smoothly, is quiet, durable, and has excellent handling. You could go through bumps without feeling anything, as the tires help absorb bumps at any speed.

They are OEM in cars like the 2020 Hyundai Tucson AWD SE. The Primacy Tour A/S is designed for drivers of Coupes, family Sedans, SUVs, and Crossovers for absolute traction. It is available in sizes 17 to 22 and comes in H, V, and W speed-rated sizes. While not the cheapest, it stands as one of the most affordable tires in its category.

The Primacy Tour A/S, according to users, performs incredibly and is well footed in wet conditions. Many noted the tires provided traction just as needed. Some users had driven them on the highway in heavy rain and were impressed. Thanks to its sweeping grooves that help remove water from the tire to resist hydroplaning and facilitate wet traction.

However, for others, the tire’s wet traction is average and sometimes poor. Some said the tires lose traction as they age. A user noted that the tires started losing traction at 20k miles, and the only reason he still uses them is because of his AWD.

Users were impressed with the tire’s performance on dry roads. They said the tires provide enough traction and are planted well to the ground even at high speed.

According to users’ reviews, the tires have excellent snow traction. Some users said they were amazed as they could go through 3-4 inches of snow effortlessly. They affirmed they were blown away by the amount of traction these tires provided in deep snow and ice.

Even in deep slush, users said these tires were flawless. This, they said, inspired confidence in them. Thanks to its zigzag placed inside the shoulders, inboard ribs, and center to provide traction in snow and ice. Though not like the snow traction, the Bridgestone Turanza QuietTrack provides, as revealed by the tirerack.com comparison test.

However, very few users said they had issues with the tires in the snow. A user faulted the tire’s new tread depth for not being deep enough, thus, causing the tires to perform below average even on light snow. For a few others, they were totally disappointed in the snow traction.

The tires were reported to have a short braking distance in all conditions.

Even braking in heavy wet snow was effortless, some users confirmed. However, most of these drivers were using an AWD.

However, some users said the stiff tire sidewall takes away their comfort while braking.

But in the tirerack.com comparison test, the Primacy Tour A/S notably had a shorter dry braking distance than other tires in the test. With the Vredestein Quatrac Pro topping in shorter wet braking distance.

Many users were thrilled with the tire’s responsiveness in dry and wet conditions. They said the tires gave good feedback. Users say the tires handle excellently, though not as swift as the Vredestein Quatrac Pro, as revealed by tirerack.com comparison test.

According to users, the tires corners well, thanks to its grippy lateral grooves. But don’t push them hard in corners; else, you’ll slide. While the Primacy Tour A/S corners excellently in the dry, the Continental PureContact LS provides better dry cornering traction, as shown by the tirerack.com comparison test.

The test also showed that the Vredestein Quatrac Pro provided better wet cornering traction than the Primacy Tour A/S and other tires used in the test.

According to reviewers, the Primacy Tour A/S is quiet; even when it gets noisy, it’s minimal.  Thanks to the five ribs asymmetric tread pattern meant to reduce noise. A user stated that on well-maintained roads, the tires are mute, and he could only hear the noise of the engine and wind.

And when driving at highway speed above 70mph, the tires are very quiet, even if it whispers, never above the engine noise.

On rough terrains, the tires do emit noise but are not horrible. Another user attested that because of the tire’s quietness, he can now have conversations with occupants in the back seat without shouting.

The tires ride so smoothly, keeping the users’ car glued to the ground. Reviewers say you can feel how the tires cling to the road so well, absorb road bumps, and eliminate vibration. Here, users can enjoy a comfortable ride all through. However, tirerack.com comparison test revealed that the Bridgestone Turanza QuietTrack has a better ride quality and noise comfort.

But some reviewers said that as the tire wore down, the tires became noticeably loud. Some also said the tire sidewall is stiff, making it impossible to absorb bumps and returning impact harshness to the car occupants. For others, the tires just become noisy at times.

Many users were happy with the tire’s longevity. Some at the time of writing this review already had 62k miles. Even those who have put in less than 4k miles indicated the tire is clearly showing it will last.

However, some users said the tires were not as expected, noting that the tires were wearing so fast. A user said he had put in only 15,000 miles and his tires are 70% gone. Another user reported that at 20,200 miles, the tires only had 3/32 of tread remaining.

Some had blisters and bubbles appearing on the sidewalls too early. Another user said after putting only 10,000 miles, the right rear tires blew out of the sidewall at 70mph when going for a 200 miles trip.

The Primacy Tour A/S starts at $188, with the largest sold for $352. While many were impressed with the quality and price, some users said the price should be lowered even though it’s of quality. For some, though the tires are a little pricey, they perform exceptionally. For most, the tire’s cost matches its durability; for others, its durability is a disappointment for its cost.

Other important things to note

Some users said the tires had helped them improve gas mileage, some by 2.5 mpg.

Michelin Primacy Tour A/S is a very good tire. It rides smoothly, quietly and has excellent handling. Traction on dry, wet, and snow conditions is apt and gives so much wheel confidence. More, it costs less with great tread wear than other tires in its class.

The tires got missed feedback from users. Many were pleased with the tire’s performance and tread wear, promising to repurchase. However, few users express their disappointment on the performance and wear and opt never to buy again. The tire, however, got a recommendation score of 8.4 out of 10.

Nonetheless, you will always find better options. It’s a matter of what you’re willing to pay. According to tirerack.com, the Vredestein Quatrac Pro, Bridgestone Turanza QuietTrack, and Continental PureContact LS are better options. The Continentals excel more in dry, snow, and ice conditions. While the Vredestein tops in wet performance, the Bridgestone offers better ride and noise comfort.

The Primacy Tour A/S are excellent tires, and we would highly recommend them. They are extremely quiet, ride smoothly, have a quick steering response, provide traction, and are durable. It is an ideal choice for driving during wet, dry, and snow/ice conditions. Its comfort makes every journey sweet.

However, great options you can try out include Vredestein Quatrac Pro, Bridgestone Turanza QuietTrack, and Continental PureContact LS. The quietness and smoothness of the ride without compromising traction differentiates it from its competitors.