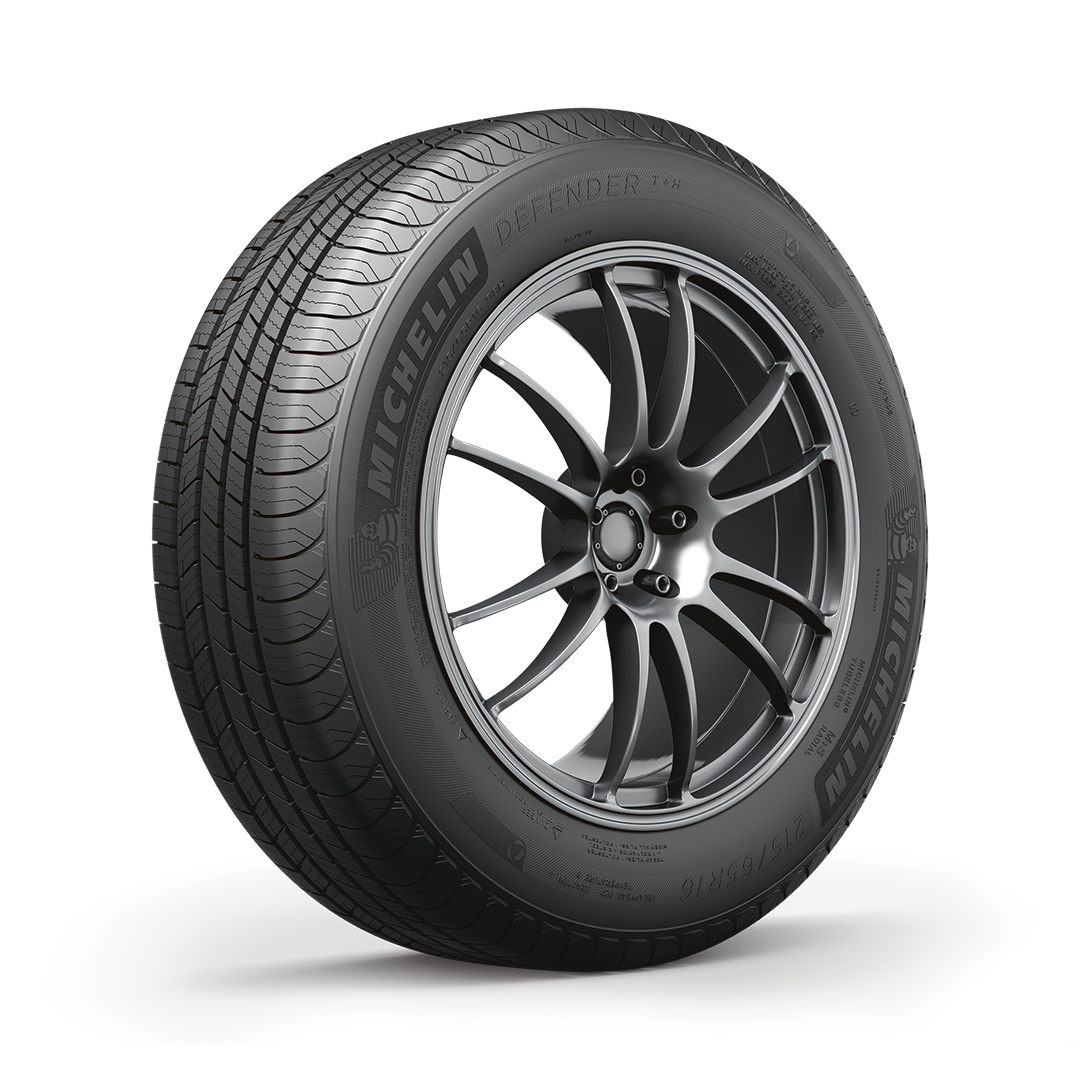 With over 100 years in the business, Michelin hardly needs an introduction, and they have a reputation for making some of the best tires you can buy. Here we will take a look at one of their longest-lasting tires, the Michelin Defender T+H, and see if it is worth the premium over its competitors.

So why trust us? We have researched and compiled data from numerous tests and reviews in order to provide you with a balanced and unbiased opinion of the Michelin Defender T+H. Here we will break down key metrics such as tread life, ride comfort, handling, and braking distance, so you can decide if this is the right tire for you

When it comes to Michelin, there is no doubt they make excellent tires. However, the question often asked is if the higher price is justified. In this case, we can say it is, and the Defender T+H ranks at (or near) the top in key areas such as tread life, road-noise, wet handling, and braking.

Simply put, if you want the best touring tire for your vehicle, look no further than the Defender T+H.

With an 80,000 mile treadwear warranty, the Michelin Defender T+H is one of the longest-lasting tires you can buy, and it offers a balance of handling, predictability, and traction. In this review, we will break these attributes down and see how it stacks up to the competition.

So let’s dive in and see if the Michelin Defender T+H lives up to the hype.

When it comes to touring tires, buyers have many brands to choose from, and some manufacturers even offer several models in this category, so it can get confusing, to say the least. Michelin is no exception here, and the Defender T+H is billed as their standard touring tire. While that definition is open to interpretation and for comparison’s sake, we will exclude some of the higher performance tires in this category.

As the name T+H implies, the Michelin Defender is offered with a T or H speed rating, although all newer models are of the latter only. In other words, it is capable of a maximum sustained speed of 130 mph which may sound fast, but in terms of performance tires, that would be an average rating.

Likewise, the Defender T+H was intended for vehicles like the Honda Civic, Honda Odyssey, and the Toyota RAV-4. Not to mention, the UTQG treadwear rating of 820 implies that long life was the priority as opposed to grip, and that is backed up by an 80,000-mile warranty.

Before we go into the performance breakdown, it is worth mentioning what sets Michelin apart from other tire manufacturers. For starters, they are known for investing considerable sums in research and development and are regarded as an innovator in the industry. At the same time, they market themselves as a premium brand, and many of their tires rank among the best in their category or are not far behind it. Basically, you will rarely hear of Michelin making a bad tire, and the Defender T+H is no exception to the rule.

As noted above, the Defender T+H has an H-rating, and even though it is available in sizes that cover some sportier sedans, it is hardly a performance tire. Likewise, the same can be said for many of the intended applications, so suffice to say, if you are the type that enjoys carving corners, there are better options out there.

However, what the Defender T+H does is deliver confidence on the road. In fact, it was able to hold its own against higher V and Z-rated rubber in a TireRack.com test which is impressive considering it was not designed as a performance tire. The same can be said for its 820 treadwear and A and B traction and temperature ratings. For reference, a W and higher rated tire would typically have a lower tread rating (softer compounds) and AA traction and A temperature rating.

Like most Michelin tires, the Defender T+H has better than average grip in the rain, and the deep grooves do an excellent job of channeling water away from the road surface. This has been confirmed in several tests and numerous user reviews, and it is one of the highest-rated tires in this category. Suffice to say, the Defender T+H lives up to the safety standards that Michelin is known for.

Predictably, the Defender receives a good mark for dry traction. You can expect confident and predictable handling when driving, braking, and going around a curve. In most cases, the limiting factor will be the vehicle itself as opposed to the tires.

While the Defender T+H is classified as an all-season tire and receives a mud and snow (M+S) rating, it is not a snow tire. In fact, traction in these conditions is average at best and possibly disappointing considering the price. Taking that into account, the Defender is capable of handling an occasional storm but don’t expect to be out driving in a foot of snow. To be fair, the same can be said for many all-season tires, so if you live in an area where it snows frequently, we would recommend a set of dedicated snow tires.

You would be correct in assuming the Defender T+H rates highly when compared to similarly rated tires. Like wet traction, improved braking (less stopping distance) is a major selling point for Michelin, and many of their tires get high marks in both categories, and the Defender delivers. It should be noted that braking distance is a sum of factors such as how worn the tires are, the type of vehicle, the speed you are traveling, and the road conditions.

If you are the type that enjoys carving corners, we can say that the Defender T+H is not for you. However, as mentioned earlier, handling should be taken into context and viewed alongside the vehicles it was intended for. Keeping that in mind, this is a tire that prioritizes a smooth and quiet ride. You can expect predictable steering and decent handling, so unless you are going too fast, the tires will go where you want them to.

If you are familiar with Michelin, you already know the answer. Like wet traction, ride quality and comfort are what set the brand apart from the competition, and it goes without saying the Defender gets high marks in this category. In fact, it is highly regarded, and there are countless reviews that confirm it. If you want a quiet riding tire that soaks up potholes, the Defender T+H will not disappoint.

Given the 820 UTQG rating and an 80,000 tread life mile warranty, the Defender T+H was designed to last. This is one of the highest ratings for a tire, and many users have achieved that figure, although the importance of proper tire maintenance cannot be stressed enough.

The Michelin Defender T+H is probably the best, albeit the most expensive touring tire you can buy, although many would agree it is worth the money. We know the price will deter some, but it is difficult to beat the value it offers.

If there is one thing that professional reviewers and many users agree on, it is the fact that the Michelin Defender T+H is an excellent tire. It offers a class-leading ride, wet traction, and long tread life, and you would be hard-pressed to find a better tire. Simply put, this is where the Defender T+H sets itself apart from the rest and why many drivers only use Michelin tires on their vehicles.

However, we should also point out that the snow traction and off-road performance are average at best. In fact, you could make a fair argument that it is disappointing when taking the price into account. To be fair, the Defender T+H was not designed with either application in mind, and Michelin offers tires that are better suited for both applications. Secondly, there is the price, and it is one of the expensive touring tires out there, ranging between $100 to $225, depending on the size.

The Defender T+H is an example of why many drivers are loyal to the Michelin brand. Simply put, the pros by far outweigh the cons, and there is no getting around it. We know there are cheaper options out there, but none of them offer the complete and rounded package of the Defender T+H. If you are looking for a premium touring tire for your sedan, minivan, or SUV, this is the tire for you.