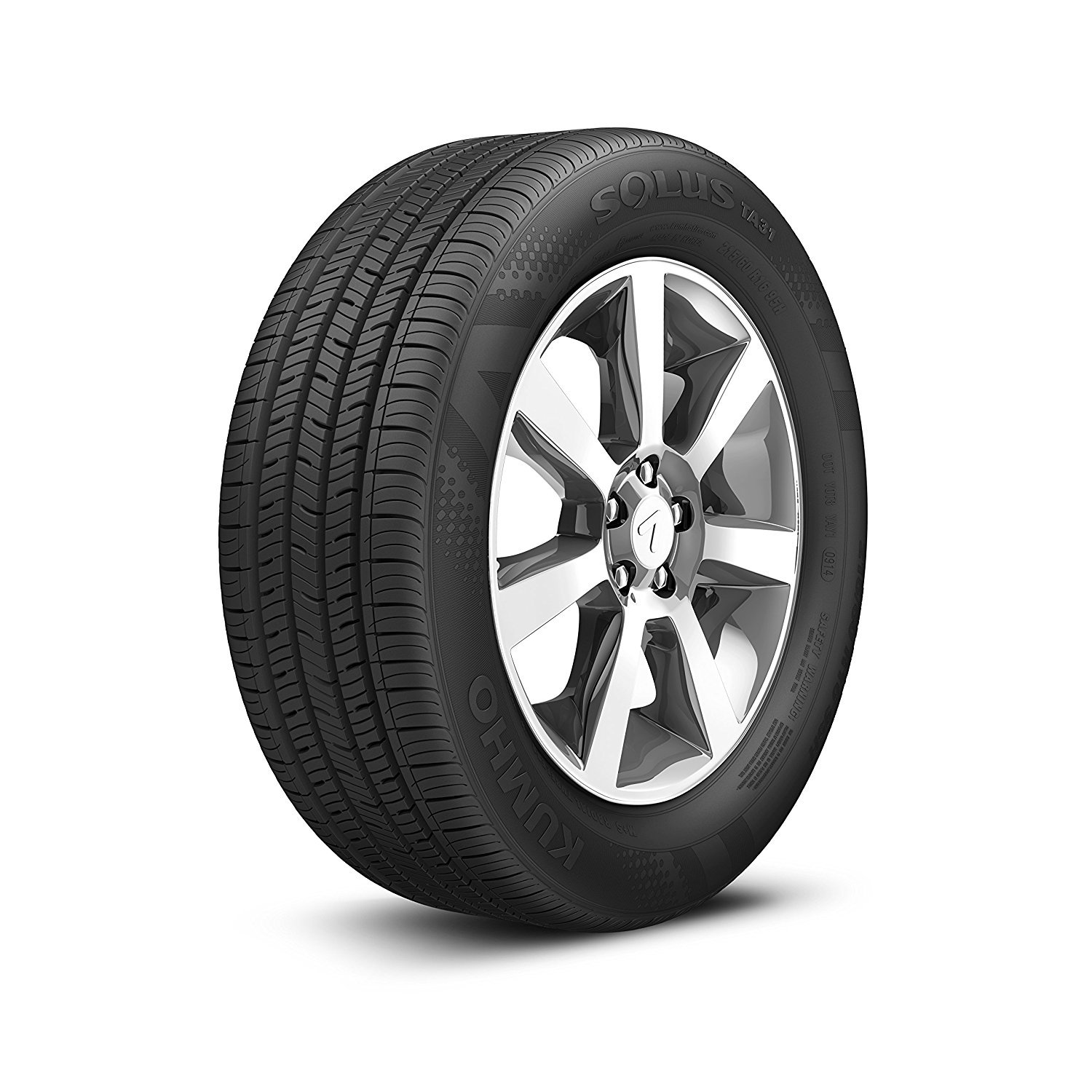 This article takes a look at the Kumho Solus TA31 tire to help you decide if this tire is right for your vehicle.

We have researched all aspects of the Solus TA31 and taken a deeper look at the manufacturer’s specifications to research how good this tire is and how the Kumho Solus TA31 tested in several environments.

We then compiled the data and compared it with customer reviews for a full-spectrum view of this tire and its performance. Our conclusions are based on the reviews and tests performed by experts. This is meant to bring you the most objective and unbiased results possible.

Based on our research we conclude that the Kumho Solus TA31 tire is an average option at its price range. From the data and user experiences that we have gathered for this review, it is suggested that this tire will serve drivers best on dry pavement, though they can also work well in wet conditions and even light snow with the utmost caution.

We will be looking at handling, noise, comfort, durability, and price to help you decide if this is the tire for you.

Now, let’s get between the treads of the Kumho Solus TA31 and see what it’s made of.

Kumho Solus TA31 is the manufacturer’s standard touring all-season tire. The TA31 was developed for sedans, sport coupes and crossovers primarily. It was part of the original Chrysler 200 equipment, as well as the Hyundai Sonata, and Kia Soul urban vehicles.

This tire puts together a decent ride quality, handling, durability, and dry traction for moving through most seasons, though it is not the best in the winter months.

Though the Solus TA31 is classified as an “all-season tire,” it scored best on the pavement rather than off-road or in winter conditions. So if you are planning to be driving in snow for the majority of the cold season, it might be best to consider a dedicated snow tire.

In its class, the Solus is more affordable than most of its competitors as it is O.E. (Original Equipment) and performs at the level that the price reflects.

It is designed with an all-season tread compound backed up by a 6 Year / 60,000 Miles limited warranty, which is impressive for its class. Its symmetrical design allows all four tires to rotate interchangeably as well.

According to tests conducted by TireRack.com, The Kumho Solus TA31 performed decently in wet performance. It scored above average in hydroplaning resistance, as well as wet tracking.

The tire’s four circumferential grooves and lateral notches intend to increase hydroplaning resistance by moving water from under the tire while engineered sipes increase the number of tire edges that promote wet road traction.

Users claimed that they rarely experienced any troubles with hydroplaning.

Kumho’s all-season tread compound is molded into a five-rib symmetric design which includes a center rib with notched intermediate ribs and large shoulder blocks to increase performance on dry terrain.

Users said that the tires did exceptionally well in dry performance, from turns to straightaways.

Expectedly, the Kumho Solus TA31 tested its lowest in the snow. As it is a standard all-season tire, the Solus was not designed for snowy conditions beyond a light dusting and can struggle in the winter.

Though its traction is enhanced with the four circumferential grooves and lateral notches, the tire struggled in this category. Again, it’s better to have a dedicated snow tire if you are driving in snowfall all winter.

According to customer reviews, these tires feel solid in turns and at high speeds on straight roads.

The tire’s structure has twin steel belts with nylon edge strips to stabilize the wheel and assist in shock absorption on bumpy conditions from slow to high speeds. It also has a double rail stabilizer for additional stability and steering.

Customer reviews noted how quietly the Kumho Solus TA31 performed at lower speeds, though as the vehicle’s speed increased, reviewers claimed the noise was noticeable. They also noted that as the tires wore, the noise became more consistent.

Kumho seemingly did not design any features on the Solus TA31 to minimize noise on the road.

Similar to the TA31’s noise reviews, customers reported that the tires are a smooth and comfortable ride in their lower mileage and lower speeds. However, as they aged or increased in speed, the comfortability decreased.

Kumho sought to increase this tire’s lifespan with the new design that we’ve covered above, and they have backed that up with a 6-year / 60,000-mile limited treadwear warranty.

User reviews ranged in this area. Some claimed that the tires only lasted 30,000 miles before needing new ones, while others have said that the tires lasted up to 70,000 miles. This is likely dependent on how often you rotate these symmetrical tires, what conditions they are used in, as well as your driving style.

According to customer reviews, the Kumho Solus TA31 was an averagely-priced tire within its class all-around.

For its price-quality and durability, there are better options on the market. We’ll cover some of those options in the next section.

Overall, the Kumho Solus TA31 is a mediocre option while on a budget, and since they are original equipment, you won’t have to dedicate to them for long. But there are certainly better options out there if you can spend a little more. We recommend looking at tires such as:

Based on our research we conclude that the Kumho Solus TA31 tire is an average option at its price range. From the data and user experiences that we have gathered for this review, it is suggested that this tire will serve drivers best on dry pavement, though they can also work well in wet conditions and even light snow with the utmost caution.

But for snowier conditions, you’ll want to consider a dedicated snow tire. It’s important to take into account that all-season is what this tire is designed for, and won’t be the best buy in any one of the seasons.

After long periods of use of this tire, we found that Kumho Solus TA31 has a great steering response and creates a solid, smooth, and comfortable experience while driving on dry pavement.

In its higher miles, the noise level increased, and so did its performance as the treads wore (which was quick). Though it is also important to note that this is the nature of most O.E. tires. And with Kumho’s warranty, there’s not too much to worry about.

Our research also shows that though this is an all-season tire that should be adaptable from Summer to Winter, the grip, braking, and acceleration in snowfall were inferior to its competitors.

The Kumho Solus TA31 doesn’t outperform other tires within its class. But for its price range, it’s not a terrible tire. We think you will have a satisfactory ride, and we hope you enjoyed the review.