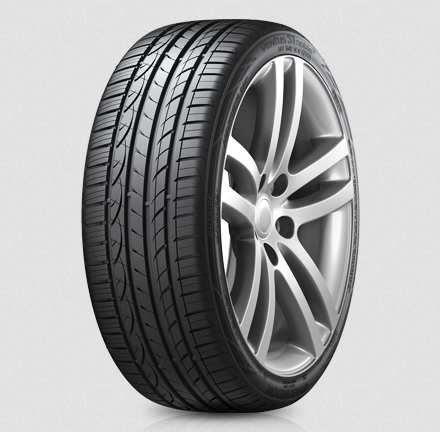 This is a review of the Ventus S1 Noble2 from Hankook.

It encompasses credible information about the Ventus S1 Noble2 needed to make a tire purchase. All information is extracted from manufacturers’ stats, real owners reviews, and experts’ findings based on drive tests. We hope it helps you in buying the right tire for your vehicle.

From data gathered from the sources mentioned above, the Ventus S1 Noble2 is a good all-season tire for sports coupes, sports cars, and performance Sedans. The tire is quiet. It performs well in dry conditions and provides adequate traction on wet roads. But, as the tire wears down, performance reduces.

In this review, we will analyze the tire’s wet, dry, and winter performance. This includes grip, handling, and steering responsiveness. You will also learn about its durability, compatible vehicles, available sizes, and price.

So keep reading as we unveil more about the Ventus S1 Noble2.

Ventus S1 Noble2 is a Hankook’s ultra-high-performance all-season tire for drivers who want dry, wet, and winter performance. The Ventus S1 Noble2 was built to provide all-year traction with durability in mind.

It is suited for high-performance sedans, sports cars, and coupes. You will find it as an OEM in vehicles such as the 2017 VW GTI Sport, 2018 Ford Explorer, 2020 Chevrolet Equinox AWD Premier, etc. It comes in sizes 16 to 20. While it’s not a cheap tire, it is an affordable option for people who want comfort in all climates.

The tires, according to users, give an okay grip on wet roads so long there is still enough tread life in them – thanks to the circumferential grooves that expel water from the tire together with the Aqua hydro block technology and 3D sipes that enhance wet traction.

However, when it’s raining, you must apply extra caution, else you’ll slide. Some noted that even with slow and normal driving, the traction control light doesn’t fail to pop. Most users say they lose their driving confidence with these tires when it’s raining heavily.

Others said the tires were completely useless in all wet conditions, and would hydroplane no matter what, even when they were new.  Some users say they find it difficult to start their cars on wet roads as the tires couldn’t provide traction. For others, the tires do not bite on sludge.

According to users’ reviews, the tire provides impressive dry traction. But that’s not surprising; most tires do well on dry roads. However, a user noted that he loses grip when accelerating quickly from a standpoint on his FWD. Other users also stated that the tires lose traction and grip as it wears down.

Few users stated the tires are good in any snow. They will provide enough traction so long the tires still have enough tread life in them. A user said he drove past 2 ft of unplowed snow without fuss, thanks to the 3D sipes that provide winter traction.

However, according to other users, the tires perform poorly in the snow. For some, traction was ok in deep snow but will slide a bit in light snow, slush, or ice. Some users said even in an AWD, it was challenging to go through 6-8 inches of snow.

For others, it’s completely useless in the snow; even in 1-inch snow, the tires couldn’t provide traction. On ice, some users say the tires do not grip at all. Some users noted that on cold mornings and snow, the tire does not instill any confidence.

Most users advise not to drive this tire in the snow. But if you, however, decide to, you should go slowly and must be ready to brake on time.

Users say when braking in light snow, it’s difficult to get traction no matter how quick you brake. In deep snow, some users say the braking distance is very long. The tires take about three seconds to come to a stop, which is unsafe and unreasonable — putting the BF Goodrich g-Force COMP-2A/S on top here as it takes a shorter time to brake in both snow and ice.

According to users’ reviews, steering is responsive and direct; however, sometimes, it feels numb – bringing the BFGoodrich g-Force COMP-2A/S as a tire with better handling according to tirerack.com comparison test.

Users say the tires corners well on dry roads with enough traction. Thanks to the outboard shoulders and the center and intermediate ribs that provide responsive handling and keep the tire stable when cornering in dry conditions. However, it is not as swift as the BFGoodrich g-Force COMP-2A/S.

The tires, according to users, give a quiet ride in all weather conditions and on-road driving. But they become noisy as they age. Users note the tires provide a smooth ride. But after 12,000 miles or so, the ride becomes harsh.

Others experienced this after 20k miles. Thus, bringing the Dunlop signature HP on the list as a tire with better ride quality and noise comfort according to tirerack.com comparison test.

The Ventus S1 Noble2 comes with a six-year or 50k mileage warranty. And users get half mileage if the rear and front tires sizes differ. However, only buyers who purchase from 40 series and above are eligible for this warranty.

Some users were impressed with the tread wear, and had between 57,000 to 75,000 mileage before changing tires. They noted the tires would last so long you keep up with the alignment every 7,000 miles or during every oil change. However, for most users, the reverse was the case.

Some users complained that at 23,500 miles, the tires’ tread bars were already showing and needed to be replaced even with rotation every 9k miles. Some got only 29k miles from the tires, while others got around 15-20k miles from them.

Another user complained about a deflated tire at 35k miles while the car was sitting in his driveway. He said he didn’t run over anything that could cause it.

This was coming after another user complained that the tire at some point looked like it had lost pressure and physically looked deflated. But when taken to a dealer for air filling, the tire was confirmed ok.

The tires start at $120 and go up to $250 for the largest size. Many users say the price point is good for the value. However, with an additional dollar, one can get something way better.

Many users, however, complained that even though the tires are cheap, they wear too fast. Other tires in the same price range have longer tread life, they said.

Other things to note

Users say the tires, when getting to the end of their life, begin to lose strength and bow on their sidewall. They give the impression that they have lost pressure and really look flat. But when you take them to fill, the dealer tells you they are fine.

Users also note that the early tread life of the tires was okay. Although, nothing extraordinary about them. They, however, tend to lose performance later, especially after 20k miles.

The bottom line is, the tires perform well in all seasons when they still have enough tread life. But as the tread wears down, performance reduces drastically.

The Ventus S1 Noble2 is a good tire. The ride is comfortable and helps improve mileage. The dry performance is good and has an okay wet or winter performance. However, while the tire performs as intended by manufacturers, they are not outstanding. But for its performance, the tire is worth the price – it’s an okay budget tire.

Most users say the tires performed okay in dry but poorly in wet or winter conditions. To others, the tires are just good but not great in anything. Most users were also not impressed with the durability, stating that they won’t recommend or re-purchase. The tires have earned a recommendation score of 5.1 out of 10 from the users, which isn’t really that great.

According to tirerack.com comparison test, the tires have good road manners. However, they describe the tire as Jack of all trades but a master to none. In simple terms, the tire is decent but not great at anything.

The comparison test also reveals that the BFGoodrich g-Force COMP-2A/S, Dunlop Signature HP and General G-MAX AS-03 are better options.

The BF Goodrich g-Force COMP-2A/S, according to tirerack, is an all-around performer with excellent dry, wet, and snow performance. The Dunlop Signature HP performs well in dry and wet conditions. In comparison, the General G-MAX AS-03 has a quicker steering response and good snow performance.

The Ventus S1 Noble2 is a good all-season tire. It performs well in dry and okay in wet and winter conditions. It gives a comfortable ride and also helps increase mileage. However, it’s not the best in any of these.

So we will recommend it for use during summer at least. The tire is more of a summer tire because as the temperature gets colder, the performance gets worse.

Better all-season tires you can rely on are the BFGoodrich g-Force COMP-2A/S, Dunlop Signature HP, and General G-MAX AS-03. They are almost of the same price range as the Ventus S1 Noble2.

What brings the Ventus S1 Noble2 below most of its competitors is its wet and winter performance as well as tread life. Additionally, while they are rated ultra-high-performance tires, they can’t withstand aggressive driving.  So for spirited drivers who love aggressive driving, this tire is not for you.