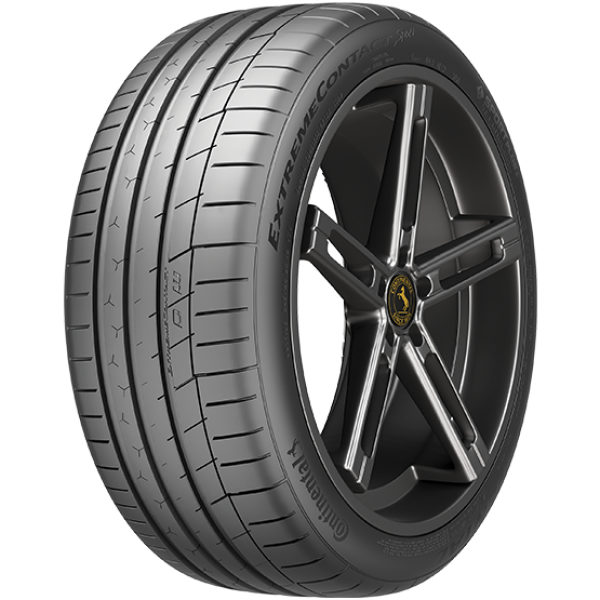 This is the review of the Continental Extremecontact Sport.

It encompasses essential information about the Continental Extremecontact Sport. This information is reliable because we’ve carefully researched the manufacturer’s stat, real owners review, and experts’ opinions based on drive test. We hope you find this article helpful in your tire purchase.

The Continental Extremecontact Sport is an excellent choice for those looking for performance summer tires. The ride is quiet and superb, handles well, and performs impressively in dry and wet conditions.

It is built for sports cars, Performance Sedans, and luxury vehicles. You can drive it on track, street, and occasionally off-road. However, tread life is short, and performance reduces as tires age.

So in this review, we will analyze the tire’s performance in dry, wet, and snow conditions. This includes grip and traction, handling, noise, and comfort. You will also learn about the tire’s durability, price, and vehicles it’s designed for.

So keep reading to learn more about the Continental Extremecontact Sport.

The Continental Extremecontact Sport is a max-performance summer tire for high-performance cars. It takes spot 5 among 33  tires in its category. It provides excellent dry and wet traction with crisp handling. It is quiet and built to last.

The Continental Extremecontact Sport is built for Sports cars, performance Sedans, and performance luxury vehicles. And comes in sizes 15 to 20. While the tire is not a low-budget tire, it is an affordable option for drivers who desire a smooth ride and noise comfort.

According to reviewers, the Continental Extremecontact Sport has impressive wet traction. Users say the tires were awesome in the rain and very progressive. Thanks to the deep circumferential grooves that channel water away from the tire through the contact patch. Only that, some tires have better wet traction. A good example is the Pirelli P Zero (PZ4)

Others said the tires were a letdown for them in wet conditions. While they were new, they had reasonable wet performance. But as they age, performance is reduced. A user said at 6,000 miles, his tires started hydroplaning. Many others also had this complaint.

Since the tires are prone to hydroplane, users said it makes them feel unsafe in the rain. At less than 5k miles, users said the tire went from full traction to slick, making them dangerous in wet conditions. For some, even while the tires were new with enough tread, they were still disappointing on wet roads.

According to users’ reviews, on dry roads, the tire performs excellently. Users say the tires cling so well to the ground and give them the extra confidence needed to drive. It gripped and retained traction so much that the traction control rarely pops.

Some users attest that even at 40° temperature or much heat, thr tires still had and were able to retain traction. Thanks to

Thanks to the continuous center rib that keeps the tire in steady contact with the road.

Only a few users had driven the Continental Extremecontact Sport on snow. According to users, the tires will go through a small amount of snow as long as you’re not speeding. But it is worth noting that summer tires are never intended to be driven on cold or near freezing temperature, snow, or ice.

Many, however, were pleased with the way the tire handled on dry and wet roads. Some reviewers said even on tight corners at a considerable speed, the tires were great.

The wet traction, according to users, results in confident handling in wet conditions.

According to reviewers, they corner excellently in both wet and dry roads. Thanks to the wide tread block on the outside shoulder that provides high-speed handling.

For some, they fairly handle turns. Users noted that the tire loses grip when sweeping through corners, especially as they get hotter. And others said it felt sloppy when taking turns.

However, according to tirerack.com comparison test, the Bridgestone Potenza Sport has better dry cornering traction. On the other hand, the Pirelli P Zero (PZ4) provides better wet cornering traction than the Continental Extremecontact Sport.

The tire, according to users, is quiet. Some users say it is quiet on Asphalt, producing little noise. On concrete surfaces, you’ll also hear minimal noise. According to reviewers, the ride quality is practically firm and super comfortable. But as quiet as it is, it is no match for the Pirelli P Zero (PZ4) according to tirerack comparison test.

For other users, it was different. An owner noted that from the time the tires were installed, it had been loud. Some said they could not hear their radio, engine, or passenger properly that they kept asking what was wrong with the car.

Others said after putting some miles, the tires became uncomfortable. On a good road, they are just ok, and the ride is good. But on any road, a bit rough, the tires scream so loud. And for most, the noise increased after 8-10k miles

The Continental Extremecontact Sport comes with a six-year or 30,000 mileage warranty. Users get half mileage for rear tires if they differ from the sizes of front tires.  This was supposed to keep users happy since many summer tires do not have a mileage warranty.

However, according to users, the tire’s life was short, which was way below their expectations. The tires, according to some users, felt like they were made from soap since they melted out so quickly.

Some said the tire’s shoulders and center rib had worn down in less than 6k miles on their front tires. For others, the wear started with the rear tires. Though some said, regular rotation had helped to even them out.

Others said at only 18k miles; the tires were worn down to 2/32 of tread, which requires changes. Some got only 8k miles for a tire rated 30k miles despite regular rotation. Others said at 15k miles, 80% of tread were almost gone

Some users nonetheless said the wear was impressive. A user using a car outputting 662HP said the tire wears decently even with such power. And at this point, had put in 7k miles. Thanks to the optimized footprint that evenly distributes pressure on the tire’s face to improve tread life.

The Continental Extremecontact Sport has a starting price of $136, with the biggest size sold for $484. For many, the tire’s quality is worth the price. Some, however, note that buying this tire for such an amount was a total waste of money.

While many were not impressed with the cost compared to durability, they note that it is a case of getting what you paid for.

Users also complained about the sidewall. The sidewall felt like they were manufactured from a thin bicycle tube. This makes the tire tires blow out quickly and feel like the sway bars aren’t attached to the tires and are underinflated. No matter what pressure was added, the tires didn’t change. Users say it made driving very exhausting for them.

However, in straight lines and on corners, they grip so well.  But when taking turns, the entire car rolls to one side and tires to the other; however, they don’t lose traction. The thing is, if you aren’t used to it, you might get frustrated using them. Another common complaint was that the front tires wear faster than the rear. Why? Users couldn’t tell.

The Continental Extremecontact Sport is a good tire. It rides well, it’s quiet, and performs well in dry and wet conditions. But if you intend to push hard (driving spiritedly), you may find this tire lacking. But overall, the tire is worth the money.

Users called the tire a great tire for a great price. Others say they didn’t get their money’s worth. Many opt to buy again, while few said they would never make a repurchase. The tires at the end got a recommendation score of 8.4 out of 10

However, according to tirerack.com comparison test, there are better summer tires. These include Pirelli P Zero (PZ4), Michelin Pilot Sport 4S, and the Bridgestone Potenza Sport. While Pirelli excelled in ride quality and noise comfort, Michelin handles better.

The Continental Extremecontact Sport is a great tire, and we highly recommend it for drivers of high-performance cars. This max performance summer tire is quiet, rides well, have fine handling, and has great stopping power. Compared to other tires in its category, you save a few bucks buying them.

Nonetheless, there are still better options in the category. They include Pirelli P Zero (PZ4), Michelin Pilot Sport 4S, and the Bridgestone Potenza Sport.

What sets this tire apart is it’s fast braking performance. No tire in the comparison test could match its stopping distance. On the downside, aside from the tire’s quick tread wear, wet performance keeps the tires behind. It is known to lose traction and hydroplane as the tire ages.